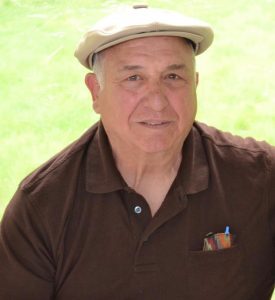 Beni Carapella November 2, 2021 Beni Carapella of Lake Ariel, Pennsylvania, died Tuesday evening at the Hospice of the Sacred Heart. He is survived by his wife, Sandra, to whom he was married for 55 years. Born in Brooklyn, NY in 1938, to the late...
View 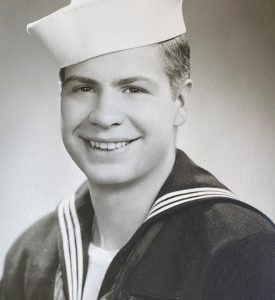 Thomas D. Pollack of the Hideout, Lake Ariel died Friday at Wayne Memorial Hospital following an illness. His wife of 54 years was the former Carole Schaefer who died in 2016. Born in Bronx, NY, he was the son of the late Nicholas and Adeline Pollac...
View 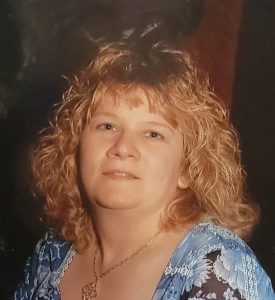 Patricia A. Gibson, of Lakeville, passed away peacefully in her sleep on October 11, 2021 with her loving husband by her side. Her husband of 14 years is James Gibson Born in Greensburg, Pa she was the daughter of the late Robert and Wiletta Ficco R...
View 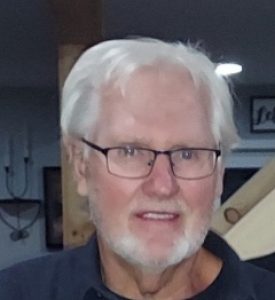 William B. Karnish, 75, of Lake Wallenpaupack, passed away unexpectedly at home Sunday morning.  He is survived by his wife, Connie, of 55 years. Born in Coaldale, PA, he was the son of the late Joseph and Lucille Karnish.  He was a graduate of Po...
View 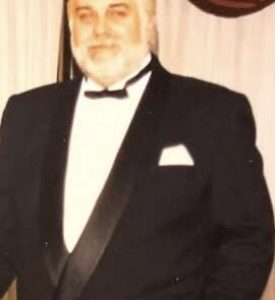 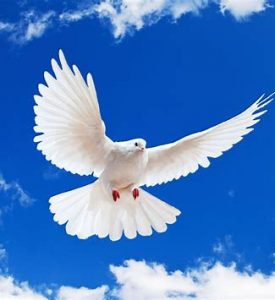 David W. Weston, 54 of Lake Ariel, died Wednesday morning at Wayne Memorial Hospital following an illness. Born in Jacksonville, Arkansas, he was the son of Michael and Helen Davis Weston of Lake Ariel. He was a graduate of Western Wayne High School...
View 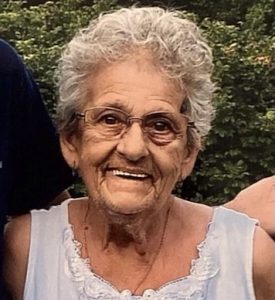 Ruth "Betty" Van Leuven, Lake Ariel, passed away Saturday afternoon at home surrounded by her loving family.  Her husband was Robert C. Van Leuven who died in 2006.  The couple celebrated their 50th wedding anniversary that year prior to Bob’s p...
View 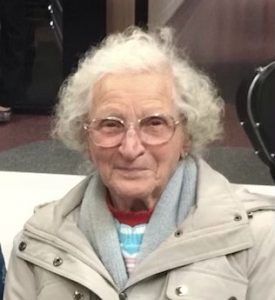 Helen M. Lamberton, 94, Lake Ariel, died Tuesday in the Geisinger Community Medical Center after being stricken ill at home.   She was the wife of William L. Lamberton who died in 2016.  At the time of his passing the couple had been married for 7...
View 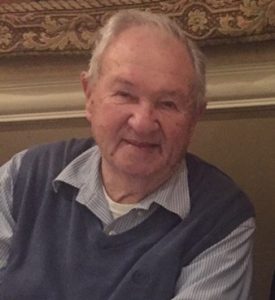 Richard F. Migliorato, 88, of Lake Ariel, died Saturday morning at Allied Hospice in Wilkes Barre. He was the husband of Catherine Napoli Migliorato. The couple had been married 62 years. Born in Brooklyn, he was the son of the late Domenick and Jenn...
View 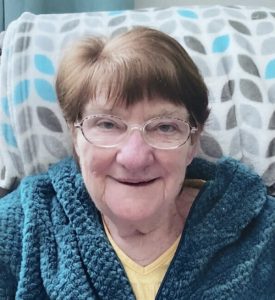 Carol Elizabeth Enslin of Lake Ariel died Thursday in Wayne Memorial Hospital surrounded by her loved ones. Her husband is George Enslin Sr. On Sept. 7, the couple celebrated 53 years of marriage. Her first husband was the late James Robert Oliver Sr...
View 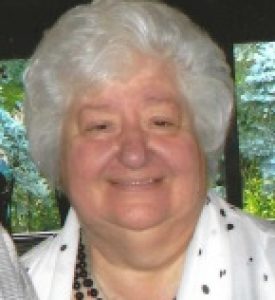 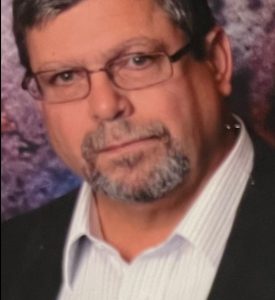 Leon G. Carachilo, 64 of Hawley, passed away peacefully Saturday morning at his home surrounded by his loving family. His devoted and loving wife of 43 years is the former Barbara Penwarden. Born January 3, 1957 in Carbondale, he was the son of the ...
View 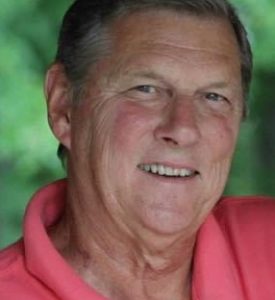 Friederick Otto Beermann, 76 of Lake Ariel, went home to be with the Lord on Monday, September 6, 2021 at Geisinger Wyoming Valley, Wilkes – Barre following an illness. His loving wife of 50 years is the former Patricia Catalanotto – Beerm...
View 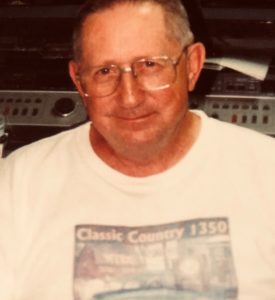 Allen R. Leach, Hamlin, passed away Friday in the Geisinger Community Medical Center after an illness.  His first was the former Nancy Renner Leach who passed away in 1994. His current loving wife is Teresa Bocan Leach.  The couple enjoyed 25 wonde...
View 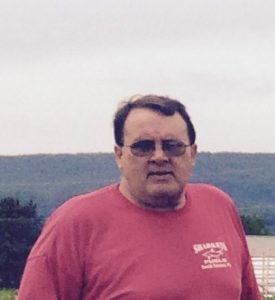 Timothy Wayne Edwards of Lake Ariel, Pennsylvania passed away on September 3rd, 2021. Born in Binghamton, NY and the son of the late Wayne C. Edwards & Marion C. Edwards. Tim graduated from Western Wayne High School in the class of ’76 and can...
View 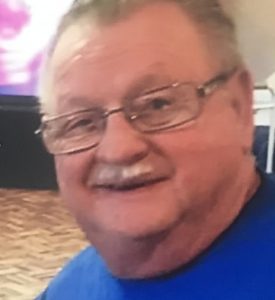 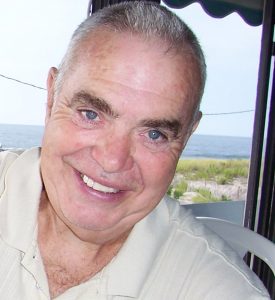 James J. Mellon, of Lake Ariel, passed away Saturday evening, the 28th of August, at Geisinger Hospital in Wilkes–Barre. His loving wife of 54 years is Helene Lompa-Mellon.  He was a loving husband and devoted father. He was a faithful Catholic an...
View 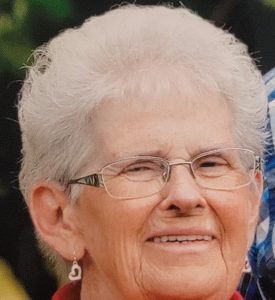 Betty J. Morcom, of Hollisterville, passed away on Thursday, August 26 at home surrounded by her loving family. Her loving husband of 55 years is Robert Morcom. Born October 31, 1937 in Hollisterville, she was the daughter of the late Ernest and Edn...
View 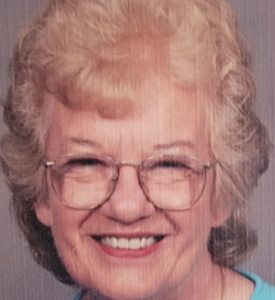 Constance J. Kelishek, of Greentown, passed away Wednesday afternoon at home following an illness. Her loving husband of 70 years is William Kelishek. Born in Patterson, NJ, she was the daughter of the late Edward and Bernice Godziebieski Kalwara. P...
View Joan D. Marhevka, Lake Ariel, died early Monday morning at home surrounded by her loving family.  She was the wife of Andrew T. Marhevka.  The couple was married on April 14, 1956 and celebrated 65 years of marriage this past spring. Born August 1...
View Richard Earl Cross, 77, of Delaware, died August 19th at his home in Magnolia, DE. His wife of 54 years is Nancy Snow Cross of Wakefield, MA, and they met at Lycoming College in Williamsport, PA.  Married in 1967, the couple resided for 19 years in ...
View 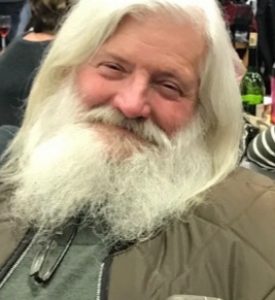 Robert J. Smith, 70 of Roaring Brook Twp., passed away Thursday evening at the Thomas Jefferson University Hospital in Philadelphia following an illness. His loving wife of 40 years is the former Sally Ann Schenk. Born in Scranton, he was the son of...
View Patricia J. Devens, died August 10, 2021, suddenly in her Lakeville, Pennsylvania home. After attending college for accounting, she began working for Piccatiny Arsinal were she retired as a budget analyst. She received many awards for her work at th...
View Victor Jones Jr., 60, of Scranton, passed away Monday at Regional Hospital in Scranton. He was the husband of Beth Ann D'alessandro and the father of six children. Born in Honesdale, He was the son of the late Victor Jones Sr and Joan Shea. He att...
View