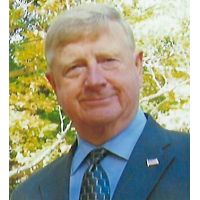 Born in Scranton, he was the son of the late Felix C. and Emily Jones Olsommer and was a graduate of the Greene Dreher Sterling High School. Ronald was a member of the LaAnna United Methodist Church and a  certified Lay Servant in the church. He was a trustee, Chairman of the Finance Committee and head usher.

Ronald served in the active Army and in Korea during the Korean Conflict. During his active Army service he was also an instructor at the Aberdeen Proving Ground in Maryland. Upon release from the Army, he joined the NJ National Guard and became a federal civil service technician, progressing to become the Assistant State Maintenance Officer (Assistant SMO) for the State of New Jersey. He became a 2nd Lieutenant in 1968 and retired from the National Guard as a Lieutenant Colonel. He served as commander of the 119th Maintenance Battalion out of Trenton, New Jersey. He was the liason between the 50th Armored Division and the regular Army for maintaining and issuing of CONSITE vehicles in Germany.

Since his retirement he has lived in Newfoundland, Pa and was a member of the Tobyhanna/Newfoundland Lions Club and served as president for two years.

A memorial service will be held Thursday at 11am in the LaAnna United Methodist Church 152 Route 191 in LaAnna officiated by Pastor Anthony Grecco.

Interment will be private in Pine Grove Cemetery.

Memorial contributions may be made to the LaAnna United Methodist Church PO Box 142 Newfoundland, Pa. 18445.

For directions, to share a memory or to send the family an online condolence please visit www.jameswilsonfuneralhome.com