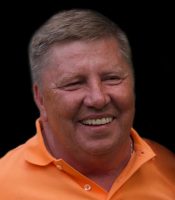 Michael R. DeKenipp, 73, of the Hideout, passed away peacefully on Thursday, February 25 at the Allied Hospice Unit in Scranton. His wife of 52 years is Joanne Albert DeKenipp.

Born in Brooklyn NY, he was the son of the late Joseph and Celia Koscielny DeKenipp. He grew up with eleven brothers and sisters and enjoyed speed skating when he was younger. He graduated from Eli Whitney Vocational High School and was drafted into the US Army where he proudly served his country in the Vietnam War.

Following his return from service, he married Joanne Albert on December 7, 1968 and they initially settled in Brooklyn, NY. They welcomed their children Patrick Michael, born March 15, 1970 and Christopher Matthew, born October 7, 1971 to the family and moved to Elmhurst Queens. The family lived on Long Island from 1975-1980, Maspeth from 1980-1984, and Ridgewood from 1984-1993 before retiring full-time to the Hideout in Lake Ariel PA.

Michael worked on Wall St for a brief period before deciding a more active occupation suited his style and he took to truck driving. He started at Intercity Trucking in Maspeth, briefly managed his own trucking company, Eagle Trucking, before settling in at Yellow Freight, also in Maspeth where he retired in the mid-1990s. Always the handyman, Michael ran a small contracting business in PA.

During the 1970s, Michael was an avid bowler and with his wife Joanne, ran the popular Sunday Morning Eye Opener bowling league at Greenpoint Bowl. He also enjoyed the outdoors and looked forward to annual deer hunting season. Following his move to the Hideout, Michael could frequently be found on the golf course or hanging out with his friends at the Clubhouse.

He was an amazing Husband, Dad, Pop-Pop, Brother, Uncle, and friend with the biggest heart and a great sense of humor.

He was preceded in death by five brothers Matthew, Dennis, David, James, and Thomas; and two sisters Geraldine (McCoy) and Corinne.