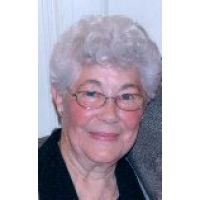 Margaret I. Edwards of Jefferson Twp., died Monday at Regional Hospital of Scranton following an illness. Her husband of 60 years is Lawrence “Fritz Edwards.

Born in Varden, daughter of the late Kenneth A. and Leora Frisbie  Enslin, she was a graduate of the Lake Consolidated School and was a member of the Cortez United Methodist Church. She had worked at Gertrude Hawk Chocolates as a supervisor in the shipping department.

Also surviving are a daughter Cindy Yankowsky and her husband Bernie of Texas and a son Roger and his wife Maureen of Jefferson Twp.; a sister Katherine Turowski of Lake Ariel and brothers Eugene and George Enslin; 3 grandchildren; 3 great-grandchildren; several nieces and nephews.

She was preceded in death by brothers Graydon and Russell.

The family would like to thank Margaret’s niece Peggy Field for all of her compassionate devotion.

Funeral Services will be Thursday at 11:00am in the Louis Vuitton outlet James Wilson Funeral Home 143 Gravity Rd. Lake Ariel with services by Rev. Art Yetter.

Friends may call Thursday from cheap Replica Watches 10:00-11:00am.