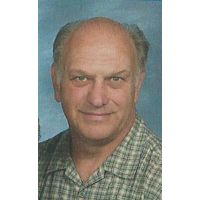 Born in the Greenpoint section of Brooklyn, he was the son of the late Michael and Mary Macheski Rechinda. He was a member of the St Thomas More St Mary’s Parish Community. Prior to retirement he had been employed for over 35 years by the Long Island Lighting Company in construction, splicing and as a schematic programmer. He was a master scuba diver and also taught scuba diving classes. John was a devoted 4th degree Knight of Columbus, served as a Past Grand Knight, 7403 was proficient in all aspects of the degree work and administered 1st, 2nd, 3rd and 4th degrees on numerous occasions and was member of the Msgr. John P. McDonough Council. He was a United States Army veteran.

John started a scholarship program within W.L.E. Every year, 4 (four) $1000.00 scholarships were awarded in WLE if certain criteria was met by a college bound student. This would help them to buy books etc….

For many years during Christmas at W.L.E. he would dress up as Santa to collect food for the local food pantry’s.

He was preceded in death by a brother Michael.

Anyone attending the funeral should go directly to the church on Wednesday morning.

Friends may call Tuesday from 4-7pm in the James Wilson Funeral Home 143 Gravity Rd. lake Ariel and Wednesday morning from 9:30am until the time of Mass at the church.