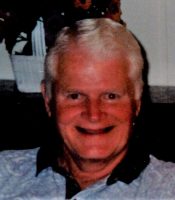 James Seel Gill, IV of the Hideout, Lake Ariel, died peacefully Monday afternoon at the age of 86 at the Gino J. Merli Veterans Center, Scranton surrounded by his family. His beloved wife of 57 years is the former Madeline Loeffler.

Jim was born in Waltham, MA, to the late Thornton M. and Mildred D. Gill. His early years were spent in Belmont, MA, until his family relocated to Boston around 1943. He attended Belmont Hill Prep School since 5th grade and graduated in 1951. He played varsity hockey, football and was captain of the baseball team. He then attended Yale University on scholastic, hockey, and baseball scholarships, completing a 6 year architecture course in 4 years, graduating with a B.A. in Architecture. He also completed the R.O.T.C. course while at Yale. Jim was also a member of the St. Elmo’s Society Fraternity at Yale.

Upon graduation from Yale, Jim was commissioned a 2nd LT in the Marine Corps. He served in the Far East for 2 years, primarily stationed on Mt. Fuji, Japan as an artillery officer. He then attended M.I.T. for graduate courses in Structural Engineering.

Jim followed his beloved brother-in-law Vincent Lanigan into the flexible packaging industry as a sales representative and sales executive for various companies including Reynolds Materials, Rap-In-Wax and Bemis. In 1970 he began a career in real estate as one of the original employees of Boise Cascade in both sales and marketing at the Hideout. He was twice salesman of the year for Boise. Jim remained in real estate until retirement working for Woodloch Springs, Davis-Chant, and Sperry Homes, where he was also General Manager.
Jim was an avid golfer, known for his booming drives, a downhill skier, and tennis player. He was invited to the training camp for the 1956 U.S. Olympic Hockey Team but was unable to attend because he was stationed in Japan.

In lieu of flowers memorial contributions may be made to the Gino J. Merli Veterans Center, Attn: Volunteer Services in memory of Jim Gill, 401 Penn Ave. Scranton, PA 18503.

For directions or to send the family an online condolence visit www.jameswilsonfuneralhome.com.