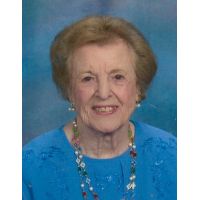 Angela M. Cooper of Clarks Summit, formerly a resident of Mt. Cobb, died Sunday morning at the Gino Merli Veterans Center in Scranton. Born in Scranton in 1920, she was the daughter of the late Feliciano and Concetta Paterini Magnotta. She was preceded in death by her late husband, William H. Cooper, who died in 1991.

She was a member of St. Eulalia’s Church in Elmhurst, but in her later years she attended Our Lady of Snows Church in Clarks Summit.

She attended Dunmore schools, and was employed for a time at the Grove Silk Mill in Dunmore. She entered the Women’s Army Corps in October 1944 and served as a general clerk until the war ended in 1945. After getting married, she was a homemaker who enjoyed cooking and baking for her family and friends. She had a gift for hospitality, and she was very proud of her children and grandchildren.

Angie aged gracefully, and continued to serve others at the Bedford Towers apartments. She assisted with early morning coffee preparation and special dinners. Also, she helped the local fire company collect donations.

The family wishes to thank her former caregiver, Linda Minello of At Home Quality Care, as well as Dr. Serine and Dr. Alocci for their kindness and care throughout her lifetime. In addition, the family would like to thank the GCMC nurses on D-4, the staff of 3-South of the Gino Merli Veterans Center, and employees from other departments who touched our lives. Thank you also to the nurses and caregivers of Hospice of the Sacred Heart.

From an earthly perspective, we mourn as we think, “there she goes. But on another shore, heavenly voices cry in jubilation, “Here she comes! May God grant her grace, mercy, and peace for all time in her new heavenly home. We rest in the sure knowledge of a grand reunion one day.

If attending the funeral, please go directly to the church.

Mass of Christian burial will be celebrated Wednesday at 10am in St. Eulalia’s Church, Blue Shutters Rd., Elmhurst.

Memorial contributions may be sent to the St. Francis of Assisi Kitchen 500 Penn Ave Scranton, Pa. 18509.

For directions, to share a memory or leave the family an online condolence please visit www.jameswilsonfuneralhome.com