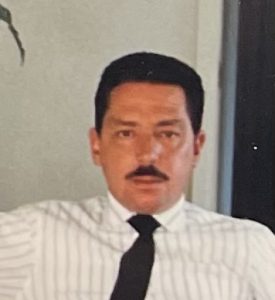 Funeral services and interment are private at the convenience of the family in the Darling Cemetery, Cherry Ridge.

Born 1949 in Hawaii, he was the son of Harvey and Irma Drake Quy and was educated in Wayne, New Jersey schools and went on to attend St Petersburg College in Florida.   Bill moved to California in the 70’s where he had a wonderful career in retail sales on Rodeo Drive.   He relocated back to Honesdale in 2013.

The family would like to thank Bill’s cousins Gerald Zintel and Dawn Panullo for the care and friendship shown to him over the years.

He was preceded in death by brothers Richard and Robert Quy; cousin Paul Zintel.

Funeral services and interment are private at the convenience of the family in the Darling Cemetery, Cherry Ridge.