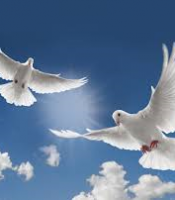 Werner H. Warncke, 84 of Hawley, died Friday morning at Julia Ribaudo Healthcare Center. His wife of 35 years, Joan Dietrich Warncke died in 2017.
Born in Fischerhude, Germany, he was the son of the late Wilhelm and Marie Oetchin Warncke. Prior to moving to Hawley, he owned and operated Meyer’s Confectioner’s in Jersey City, NJ and Brooklyn, NY. Prior to retirement he was the owner and operator of the Cuckoo’s Nest Restaurant in Lackawaxen for 40 years.
Werner served as President of the New Jersey Confectioners Association for multiple years as well as being a member and officer of the Central Volunteer Fire Department during the 1970s and 1980s. He was thought of fondly as the “burgermeister”.
Surviving are sons Garry Warncke and his wife Lynne of Kimberling City, MO and Rolf Warncke and his wife Arline of Oakridge, NJ; step-son Tim White and his wife Samantha of Hawley; step-daughter Pam Hilton and her husband Jim of Carbondale; a sister Ursula of Germany; a brother Hans Warncke of Germany; 10 grandchildren; 11 great-grandchildren; 2 great – great grandchildren; nieces and nephews.
He was preceded in death by a sister Annaliese and grandson Ryan Nolan.
Private cremation took place at Lake Region Crematory, Lake Ariel.
Arrangements have been entrusted to and under the direction of James Wilson Funeral Home, 143 Gravity Road, Lake Ariel.