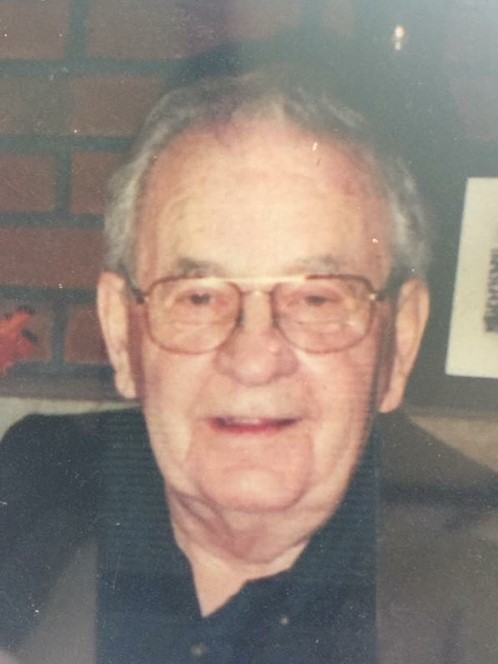 Graveside services will be Thursday at 11:00am in the Edwards Family Cemetery, 987 Lake Ariel Hwy. Lake Ariel, Pa. by Rev. Jeffrey Rarich, pastor of the Salem Community Church.

Wayne C. Edwards, 89, of Lake Ariel, died Thursday at home following an illness. His wife of 66 years was the former Marion C. Chumard who died in 2016

Born June 27, 1927, in Lake Ariel, son of the late Winfield and Jane Spangenberg Edwards, he was a graduate of Lake Consolidated School and attended Johnson Technical School where he studied drafting.  He was a member of Salem Community Church formerly the Centenary United Methodist Church, Hamlin. Prior to retirement he was a Truck Driver for John T. Howe.  He was a United States Navy veteran serving honorably during World War II.

Wayne was an avid woodworker and golfer.  He will be fondly remembered by all who knew him for his quick wit and keen sense of humor.

Surviving are her sons, Timothy and his wife Janet, and Daniel and his wife, Robin, all of Lake Ariel; grandchildren, Marisa, Wesley and Christopher Edwards; great-grandchildren, Faith Wood and Charlotte Edwards; a sister Diane Malonsky of State College, Pa; brothers Darrell of Baltimore, MD, David of Honesdale, and Neil Edwards of Tennessee; nieces and nephews.

He was also preceded in death by his sister, Shirley Silver.

Graveside services will be Thursday at 11:00am in the Edwards Family Cemetery, 987 Lake Ariel Hwy. Lake Ariel, Pa. by Rev. Jeffrey Rarich, pastor of the Salem Community Church.

Arrangements have been entrusted to and under the direction of James Wilson Funeral Home, Lake Ariel, Pa.

For directions, to share a memory or to leave a condolence, visit www.jameswilsonfuneralhome.com.