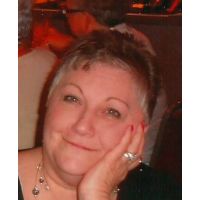 Marcia J. Kellogg of Pittston died Saturday morning at home following an illness. Her husband of 42 years was Frederick (Fritz) Kellogg, Jr. who passed away in 2013.

Born in Frankfurt Germany, daughter of the late Horace W. and Margaret Avellino Pangle, she was a member of St. Joseph Marello Church, Pittston.

She was preceded in death by her beloved aunt Mary Avellino, with whom she resided with for many years of her childhood.

The family would like to express their deepest gratitude to Betsy Kellogg, Francine Arcaro-Branas and all of Marcia’s sister and brother–in-laws for their unwavering support, love and kindness shown throughout this difficult time. They would also like to acknowledge Celtic Home Health, as well as the nursing staff at Geisinger Wyoming Valley and Geisinger Danville for the excellent care and compassion they had provided to Marcia though out her illness.

Marcia will always be remembered as a joyous, spiritual, loving woman who was always willing to help anyone as best she could. She was special friend and confident to many. She loved her husband, children, grandchildren, family and friends unconditionally. She will be missed by many.

A memorial service to celebrate the life of both her and her late husband Fritz will be held at a later date.