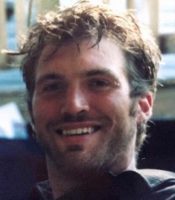 There will be a celebration of life at a later date.

Born in Scranton, PA on March 10, 1976, he was the son of John F. Klikus and Karen (Woodruff) Theobald, and the step-son of William Theobald. John was the husband of Karrie (Cummings) Klikus, who also passed. They recently celebrated their 16th anniversary.

He was a graduate of North Pocono High School, Moscow, PA and resided in Waymart. John was an electrician with the IBEW. He was an avid motorcycle enthusiast. While he was passionate about music, his children were his greatest love. He enjoyed spending time with his family at Lake Wallenpaupack. John was a kind soul with a loving heart.

In addition to his parents and children, John was blessed with a blended family. He is also survived by his sister, Amy Reed (Rob), sister, Danielle Warnock (Tom) and step siblings Tammy, Brenda, Tess, Billy, Sommer, Jamie, and Cassie, many aunts, uncles, cousins, nieces, and nephews.

There will be a celebration of life at a later date.