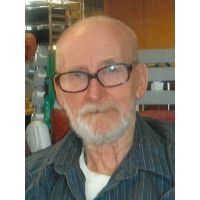 Born in Uswick, Wayne County he was the son of the late Herman and Lilliam Warner Shaffer. He was a member of the Jericho Independent Church. Prior to his retirement he had been employed as a laborer with the Bethlehem Steel Company. He was a dedicated volunteer with the Hamlin Volunteer Fire and Rescue. He was a United States Army veteran serving dureing World War II.

The family would like to thank the staff at the of 3N at Allied Skilled Nursing Center for their kind and compassionate care for past 2 years.

He was preceded in death by a brother James.

Funeral services will be Tuesday at 11am in the  Jericho Independent Church Route 196 and Jericho Rd, Sterling with Rev. William Henwood officiating.

Friends may call Monday from 4-7pm in the James Wilson Funeral Home 143 Gravity Rd. Lake Ariel and Tuesday morning from 10am until time of service at the church.

For directions, to share a memory or to leave an online condolence please visit www.jameswilsonfuneralhome.com