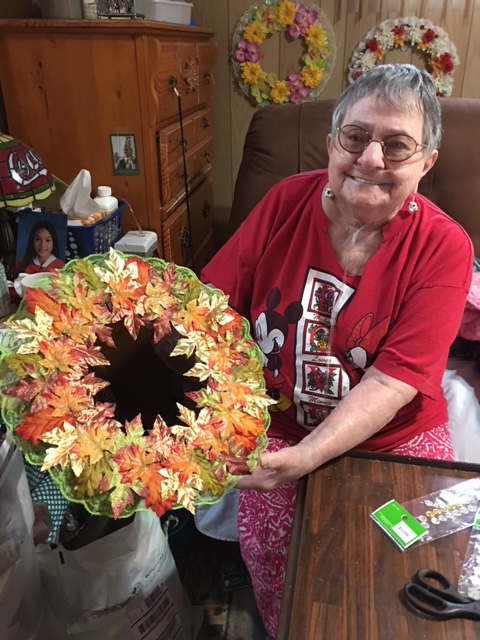 Arrangements have been entrusted to and under the direction and care of James Wilson Funeral Home, Lake Ariel.

Dolores Vasquenzo, 83, of Lakeville, died Friday evening at home after a long struggle with COPD. She is survived by Martin Vasquenzo Sr., her husband of 57 years.

Dolores will forever be remembered for her sense of humor, quick wittedness, kindness, and generosity. All her life she put the needs of others above her own. When she was well,  she took on the role of caretaker for anyone who was sick or in need in the family. She was not happy unless she was giving. She was an avid crafter with an artistic flair all her own. Whenever you left her house after a visit, she would be sure to send you home with one of the items she crafted, or whatever else in the house she thought you might like. Her last words were for us to get a bag and give some of her candy to her Hospice nurse.  Her sense of humor was second to none. In good times and in bad, no matter how she was feeling, she always kept us laughing. The happiness of others is what mattered most to her. Words she would want top leave us are as follows:

Life does not cease to be funny when people die, any more than it ceases to be serious when people laugh.

Preceded in death by a son-in-law Louis Diaz and brothers Richard and John Damato.

Arrangements have been entrusted to and under the direction and care of James Wilson Funeral Home, Lake Ariel.