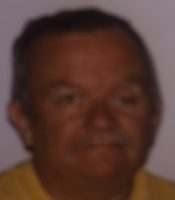 Born in Jersey City, NJ he was the son of the late Richard and Margaret McLane Duff. Dennis grew up in Ramsey, New Jersey and was a graduate of the Ramsey High School where he excelled at football. Upon graduation he served honorably in the United States Army in the Vietnam war where he was shot two times and received a Purple Heart.

He was a long-time member of the American Legion Post in North Creek, New York where he lived for many years prior to moving to Lake Ariel.

He leaves behind Joann Caruso his lifelong friend and significant other for the past ten years. Also his son Kevin and his wife Michelle and their three children. He loved his dogs and cat Sooo and he enjoyed gardening and plants. He was an avid golfer and was a proud American who donated to every kind of veteran program there is.

He was very proud of his two sons and especially his son Kevin who followed in his father’s footsteps as a military man.

He is also survived by his beloved cousins and nephew Matthew Duff.

He was preceded in death by a son Christopher Duff and a brother Richard Duff.