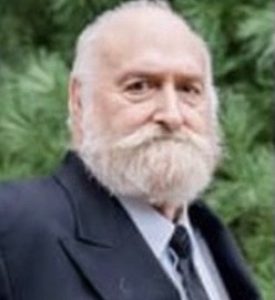 Friends may call Monday from Noon until the time of the service in the funeral home.

Born 1947 in Carbondale, he was the son of the late David R. and Laura E. Seeley Evarts and was a graduate of the former Waymart High School.   Prior to his retirement he had been employed as a truck driver.

David served bravely and honorably in battle in the United States Army 1st Battalion, 21st Infantry, 2nd Brigade during the Vietnam War.  He was awarded The Purple Heart for wounds he received during battle on January 17, 1972.  He was also awarded the Army Commendation and Vietnam Service Medals.   On May 26, 1982, David was recognized for his exceptionally meritorious achievement, bravery and service during his service.

Friends may call Monday from Noon until the time of the service in the funeral home.