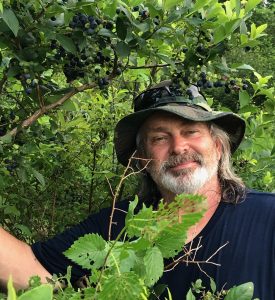 Friends may call Wednesday morning from 10:30am until the time of service in the church.

Born in Carbondale, he was the son of the late John R. and Betty A. Swingle – Lewis. He was a 1970 graduate of Waymart High School. For the past 21 years, Dan has worked in Building Maintenance for the Luzerne County Housing Authority. He was a member of the Crosspoint Bible Church in Honesdale.

Dan loved spending time with his family, and could walk a baby all day with a smile on his face. He also enjoyed hunting, guns, tools and tractors.

Friends may call Wednesday morning from 10:30am until the time of service in the church.

For directions, to share a memory, or to express your condolence to the family please visit www.jameswilsonfuneralhome.com