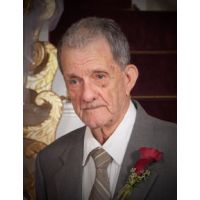 Born in Scranton, of the late Carl and Margaret Jones Saar, he was employed as a carpenter prior to his retirement. Charles enjoyed many things including, woodworking, fishing, hunting, and spending time with friends and family.

He was preceded in death by a son Barry L. Saar; and several brothers and sisters.

Funeral services will be held Friday at 10am in the James Wilson Funeral Home 143 Gravity Rd. Lake Ariel.

Friends may call Thursday from 4-7pm.