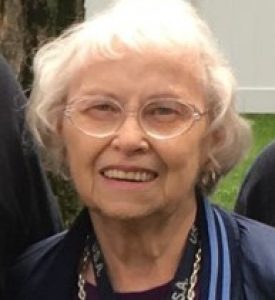 Charity Mae Else, 88 of Waymart, passed away Monday morning at Regional Hospital of Scranton. Her late husband was James Else

Born in Milwaukee, WI, she was the daughter of the late Mamie Flood. Prior to retirement, she worked at Liz Claiborne in Tobyhanna and Al’s Sportwear in Tobyhanna. She was a United States Army Veteran.

She was preceded in death by her daughter Patricia Rohan; brothers and sisters.

The family wishes to extend their sincere appreciation to Charity’s special friends at Laurel Place.

To share a memory or to leave a condolence for the family please visit www.jameswilsonfuneralhome.com