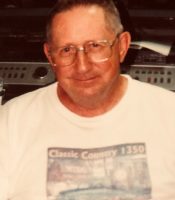 Funeral services and interment will be private at the convenience of the family.

Allen R. Leach, Hamlin, passed away Friday in the Geisinger Community Medical Center after an illness.  His first was the former Nancy Renner Leach who passed away in 1994. His current loving wife is Teresa Bocan Leach.  The couple enjoyed 25 wonderful years of marriage.

Born September 24, 1936 in Scranton, he was the son of the late Ora and Pauline Leach.  He was a graduate of Wyoming Seminary and upon graduation went into business with his father in the operation of the Scranton Tractor and Equipment Company.  Upon his father’s passing in 1965, Allen took over as president of the company until it’s closing in 1975.  He then moved to Marathon, Florida and started a company which installed and repaired marine diesel engines.  He and his wife Nancy moved back to Northeastern Pennsylvania in 1991 settling in Hamlin.

Funeral services and interment will be private at the convenience of the family.

To share a memory or to express your condolences to the family please visit www.jameswilsonfuneralhome.com.